Zapruder is the author most recently of Father’s Day, Copper Canyon, 2019, and Why Poetry, a book of prose, Ecco/Harper Collins, 2017. He is editor at large at Wave Books, where he edits contemporary poetry, prose, and translations. From 2016-7 he held the annually rotating position of Editor of the Poetry Column for the New York Times Magazine. He teaches in the MFA and English Department at Saint Mary’s College of California. He also plays lead guitar in the rock band The Figments, a Western Massachusetts based band led by songwriter Thane Thomsen.

Zapruder’s other collections of poetry include Sun Bear (2014), Come On All You Ghosts (2010), The Pajamaist (2006), and American Linden (2002). He collaborated with painter Chris Uphues on For You in Full Bloom (2009) and co-translated, with historian Radu Ioanid, Romanian poet Eugen Jebeleanu’s last collection, Secret Weapon: Selected Late Poems (Coffee House, 2008).

Come on All You Ghosts was selected as one of the year’s top 5 poetry books by Publishers Weekly, the 2010 Booklist Editors’ Choice for poetry, the 2010 Northern California Independent Booksellers Association poetry book of the year, and as one of the New York Times’s 100 Notable Books of 2011. His second collection, The Pajamaist, was selected by Tony Hoagland as the winner of the William Carlos Williams Award from the Poetry Society of America, and was chosen by Library Journal as one of the top ten poetry volumes of 2006. His first book, American Linden, was the winner of the Tupelo Press Editors Prize, and was published by Tupelo in 2002.

German and Slovenian language editions of his poems have been published by Luxbooks and Serpa Editions; in 2009, Luxbooks also published a separate German language graphic novel version of the poem “The Pajamaist.” A collaborative book with painter Chris Uphues, For You in Full Bloom, was published by Pilot Press in 2009.

His poems, essays and translations have appeared in many publications, including Harper’s, Bomb, Slate, American Poetry Review, Tin House, Paris Review, The New Republic, The Boston Review, The New Yorker, McSweeney’s, The Believer, Real Simple, and The Los Angeles Times. His work has also appeared in many anthologies, including Third Rail: The Poetry of Rock and Roll; Legitimate Dangers: American Poets of the New Century; Seriously Funny: Poems about Love, Death, Religion, Art, Politics, Sex, and Everything; and Best American Poetry 2009, 2013, 2017, and 2019.

His awards include a 2011 Guggenheim Fellowship, a Lannan Foundation Residency Fellowship in Marfa, TX, and the May Sarton prize from the American Academy of Arts and Sciences. He has taught at New York University, The New School, the University of Houston, and at the University of California at Berkeley as the 2010 Holloway Lecturer in the Practice of Poetry.

Zapruder’s poetry has been adapted by some of America’s most exciting young composers. In Fall, 2012, his poetry was adapted and performed at Carnegie Hall by Composer Gabriel Kahane and Brooklyn Rider. A recording of these pieces was released in 2016. In February, 2014, composer Missy Mazzoli, along with Victoire and Glenn Kotche, performed Vespers for a New Dark Age, a piece commissioned by Carnegie Hall for the 2014 Ecstatic Music Festival, and released as a recording on New Amsterdam records in spring, 2015. NPR writes, “Constructed as a suite of eight connected pieces, Vespers aims high, questioning our connections to technology, death and God. Instead of sacred texts, Mazzoli turns to contemporary poet Matthew Zapruder for lines like: ‘hello lord / sorry I woke you / because my plans / are important to me / and I need things / no one can buy / and don’t even know / what they are / I know I belong / in this new dark age.’” 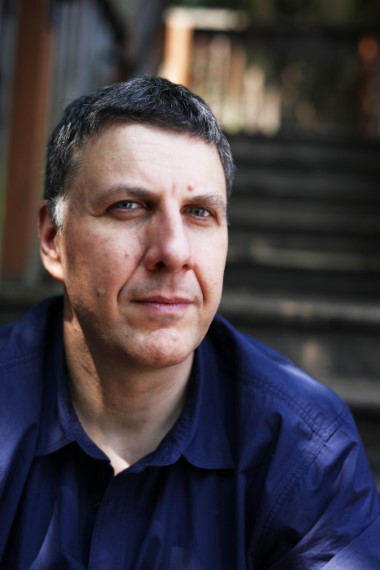 POEM FOR THE FIRE SEASON