ONE
Things That Are Never Ok
Documentaries on Jean Benet Ramsey. Pedal Taverns. The word dynasty applied to sports, particularly football. Getting hit in the head, from the side and at long range, with a football. Hitting piñatas filled with pink or blue confetti, as the case may be, or whacking something that releases pink or blue balloons to the sky. People who only look at one person at the table instead of spreading looks equally between all. Southern aphorisms displayed on tote bags. Diaper showers (for second babies). Apparently, diapers are expensive. People in medical fields who talk about gross stuff at the dinner table. Insensitive hairdressers. A&R types. Pastiche in restaurants, office buildings, and doctor’s offices. Mashups (Nashvegas, Smashville, Caturday, Adultescence). Hubbies, Baby Daddies, Baby Mommas, Honey Funds. Gifting. Hair in showers. People who ask pointed questions about what I do currently or don’t do anymore. Blind spots (psychological and car). People who consider it interesting to share that they “see” something, like a phallus or dog, in your painting. First rate country clubs. Second rate country clubs. Exclusive clubs, of any kind. I categorically do not like what is known as “Flora-Bama.” Art world snobbery. Blow-outs. Asking someone where they live in Manhattan as a way of sizing up (this applies, probably not solely, to Upper East Side boarding school-types). The phrase “if you know, you know” (abhorrent). Anyone who says “blank, but make it blank.” Thresholds. Casually introduced organ meats. Wasted education (my own). “Posh” accents. Expensive looking people. Frelksters, Vidsters, Dawggers. Fests of any kind. Vintage Patagonia. Consistent inability to remember things I’ve read, or recall them, in conversation, at will. The word cachet as applied to culture or would-be exclusive items. Fear that people don’t like me. Fear of karaoke. Bad lighting. People who forget my name when we’ve met more than twice. Dogs barking at night. Hair and makeup teams. Two-dotted ellipses for the purpose of projecting air of diffuse casualness. Polemics. Parallel lines. Corporate salads. Allergies (my own). Self-proclaimed anti-intellectualism. Identity crises that do not end or improve at quick enough rates. Striving for non-attachment (oxymoron). Yoga and meditation as the solution for everything. Small talk in grocery stores. Irreverent wedding photos. Dry cleaning. Meanness masquerading as acumen. Endowments. Time zones.

TWO
Things I Tolerate / Didn’t Know I Didn’t Like / Wish I Never Liked
Early morning “trots” that occur on holidays. Fake colonial-times candles in windows in New England. Misdirected sprinklers. Pretzels. Dead herbs. Hockey equipment. Recommendation letters, which, in my case, meant inventing people to ask. Padding resumes (or any other negotiating of fine lines while under pressure). Women who, as they age, talk about how old they are now and how they can’t party like they could when they were in college, but, on necessary occasions (annual girl’s trips, pontoon boats) regretfully, do. Pornography. Groups of men playing golf. Shuttle buses. Airplane snoring. Group dinners (6 +). Grammarians. Hydrating (thirst-quenching is OK). Pre-charades or other parlor game anxiety, though, like determining that it’s definitely time to shower, you feel fine once you start. Any new, unfortunately named (Elf on the shelf, Trunk-or-Treat) tradition that wasn’t a tradition when I would have been doing it. Commas (induce nervousness). Non-cultivated interests (my own). Slipping on pool changing room foam floors. You don’t usually slip, but you do have to use your brain and grip your toes extra to avoid it. “Rest period,” specifically mounting pressure to be the first one, or at least part of the first group, to jump back in the pool. Eye Spy (almost exclusively played as an antidote to great boredom). Dum-Dum pops. Excessive truthfulness (sometimes known as getting real-real). For that matter, The Real-Real and internet shopping carts. Emoji dependency. Demonstratives. The idea that if one doesn’t elect to know the sex of the child, giving yellow is an acceptable alternative. Francophilia. Fragments of memories from childhood that come back from time to time on a continued basis and which make you wonder if something bad happened later that day that you’ve suppressed, then considered hypnosis, then decided not to go to the trouble over something that’s probably meaningless, or a function of brain chemistry feedback loops. Prepositions as placeholders for vagary. Ripping up of cigarettes regret. Excessive interest in the Napa Valley. Dustings of cocoa powder. Worm dissection. Footnotes (even when necessary they can’t help but disrupt reading flow and make you lose your place, especially for those with short attention spans). Any discussion of Botox, fillers, or the like. Reading thank you letters (please don’t send them to me). Writing thank you letters. Ordering stationery. Monograms. Camp (summer). Compulsive gum swallowing. Falling short in one’s comparison to other people for reasons that, as one gets older, become increasingly undeniable. Recurring nightmares. Post Thanksgiving texts asking for my current address for the purpose of sending Christmas cards, most of which I don’t look at and throw away immediately. Failing to follow instructions, often at great expense. Fear that my art and poetry is cheesy, overly dramatic, or overly romantic. Fear of inability to root out culturally conditioned ideas of “beauty” (my own). Deliberately trying to make things “ugly” so they’ll be considered cool or ironic (fine when other people do). Rock hide-a-keys. Plastic hats. Bath “sheets.” Most bumper stickers (parking decals are OK). Funeral home fonts. “Fashion.” Hospitals of any kind. Single-sex education. Fire drills. Slap bracelets. Education, as per its etymological roots (educare, to drag out). Non-horizons. Improperly cared for cast iron. Pop Country. Goth Country. People who stretch in front of other people in casual environments. People who go to BBQ restaurants in scrubs. Forced gaiety of any kind. Brooklyn flower mafias. Second rate car services. Smugness that occurs while riding in first rate car services. The nicest, in my opinion, is London Towncars in NYC. Why London? Impenetrable shame (my own). Doing. This. For. Emphasis. Too many dogs in parks. Getting bored of once beloved walking routes. Pumpkin patches. Rope swings. Dining room table leaves. The Peninsula Hotel in New York, particularly the lobby. Propensity for oversharing at art openings or other events. Involuntary waving. Getting dumped, at least partly, for political reasons. Accepting (dare I say loving) 65% of myself, but not the rest. Flare-ups. The word strident. The word stick-to-itiveness. Obsession (my own). Backstage uncomfortableness. Golf carts that run out of juice at inopportune moments. Anything that would call itself signage. Being alone for more than 12 hours. Flying. Heights. People who would pay to go to space. Private islands. College transcript requests.

THREE
Things I Now Like That I Never Used to Like Because I Didn’t Understand Them
Credenzas. Diffusers. Purifiers. Runners (table). Curtains drawn in winter as viewed from the street.

FOUR
Things I Do Like
Precision. The movie The Point! Harry Nilsson. 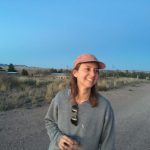